Ratidzo Trust is the ‘Vision’ we have to help those most disadvantaged and vulnerable in rural areas around the world.  Supporting other charities who are on the ground and assisting with funding means we can directly help those most in need.

Ratidzo Foundation Trust – Our first Community Project Partner
Having spent much time in Sanyati, Zimbabwe over several years including a 2 month fact finding trip (Sept – Nov 2015), it became evident that there are genuine areas of need.  We spent time with the community finding out in more detail, what these needs are and how best we could work with the community and help.  This is where the
‘Vision – Ratidzo’ to help others, first became clear and we are delighted to be supporting the work of Ratidzo Foundation Trust.

Those most disadvantaged are orphans (HIV/AIDS) & other vulnerable children, the elderly, widows and those living with disabilities.  Many in the community want to be self sufficient and self reliant but do not have the means to do so.  Our ‘Sanyati’ community project is designed to help the community to achieve this.

About Sanyati
Sanyati is located in Kadoma District, in Mashonaland West Province, in northern central

Zimbabwe. The area has more than a thousand families.

Sanyati is a rural resettlement area, one of the first resettlement schemes to be established after independence. The area is arid and drought resistant crops such as cotton provide an important source of income in an area that otherwise experiences very high level of poverty.

About Zimbabwe
Zimbabwe (formerly known as Southern Rhodesia) is a landlocked country located in southern Africa which gained independence from the British in 1980.

The economy of Zimbabwe shrunk significantly after 2000, resulting in a desperate situation for the country.  Despite dramatic improvement, there is however still widespread poverty and a high unemployment rate.  Over 1.2 million children have been orphaned, the majority by HIV/Aids.

Ratidzo Trust Objectives:
To prevent or relieve poverty or financial hardship for vulnerable peoples, orphans (HIV/AIDS & Conflict), the elderly and those living with disabilities around the world by helping them generate a sustainable income and be self-sufficient.

To advance the education of pupils at schools in rural areas around the world by providing and assisting in the provision of facilities for education at the schools.

To promote sustainable development for the benefit of the public by relieving poverty and the improvement of the conditions of life in socially and economically disadvantaged communities. Meeting the needs of the present without compromising the ability of future generations to meet their own needs.

Co-founder and UK born, I spent most of my working life in printing, before changing direction and going into property and garden maintenance.  I have run several businesses and I’m very hands on and practical, skills I hope to use to the benefit of Ratidzo Trust.  I have a keen interest in community and mission work and helping those less fortunate.  My interests include my family – 5 Children, church, football (Portsmouth supporter), sports, motorbikes, music, films and travel.

As a co-founder and originally from Zimbabwe, I identify myself with disadvantaged areas and I’m keen to continue my parents’ interest and vision of helping not only the local Sanyati community, but other rural communities worldwide. I’m passionate about mission work and love working with people. My previous jobs vary from banking, care industry, policing as well as running my own businesses. I enjoy spending time with family – 5 children, oddly enough cleaning and when I can, just putting my feet up and chilling with a glass of something nice. Also if I could, I’d love to travel more!

Originally from the Midlands I graduated with a degree in Engineering from London University in 1964 and became a Chartered Civil Engineer in 1971. I spent my working life designing, building & maintaining motorways and major highways. I gained extensive experience in project management, financial monitoring and forward planning and hope to put this knowledge to work as a trustee to further the aims of Ratidzo. In my spare time I like walking, doing crosswords & playing bridge. I am a qualified clay pigeon shooting instructor and the proud owner of a classic sports car.

I am a husband, father of 3 and an accountant with my own practice in Godalming. I sponsor two children in Uganda and first became interested in Africa, especially East Africa, when I studied A level Geography many years ago. With Stephanie my wife, I also sponsor Ratidzo children and I would love to visit Uganda and Zimbabwe to see and meet them all! My other interests include walking, performing on stage and playing chess to relax! 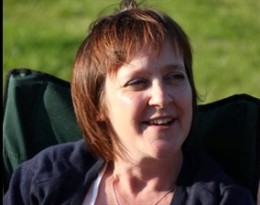 A wife, mother of 3 and a junior school teacher, I love working with children and help with the children’s work at my church. I did a gap year, when I was 18, which involved teaching in a Kenyan school for girls with African Inland Mission. I have a passion for mission and I am very interested in the lives of children in Africa and how to help them. I’m particularly excited about the work of Ratidzo with the community and family projects and the work in schools, including the school links between Zimbabwean and UK schools. My other interests include, leading my school choir, reading and going on holiday with my family!

For most of my career I was a Mathematics teacher at King Edward’s School, Witley in Surrey and in Kenya. In the 60’s, I founded and ran the Charities Fund at King Edward’s School until my retirement in 1997. For three years way back in the 1970’s I taught at the Alliance High School, the first secondary school for Africans formed by the Alliance of Protestant Missions at Kikuyu in Kenya. I have been on sponsored treks in the Annapurnas in Nepal, the Inca Trail in Peru and the Sinai Desert, and also rode in a sponsored 250 mile cycle ride in Malawi all of which raised several thousand pounds for local overseas charities. My wife and I also led parties from our Church to work at Mechanics for Africa and a leprosy colony/village in Zambia and to visit an Orphanage and Rural Centre in Mexico.

In 1970 my husband and I with 2 small children went to Kenya where my husband taught in a Secondary School for 3 years. We returned to the UK in 1973 with 3 children when my husband returned to his teaching post at King Edward’s School, Witley. I now work as a PA in Dunsfold, Surrey for a small Company.  I enjoy cooking meals at our Baptist Church for special events, especially when raising awareness of needs around the world. I enjoy travelling and, together with my husband, have been on sponsored treks in Nepal, the Inca Trail in Peru and the Sinai Desert to raise money for Charities working with vulnerable families as well as visiting Missionaries linked to our Church who were working in Mexico, Cameroon and France. We also took a work party from our Church to assist in a project in Zambia, making bricks.

I was born in Harare Zimbabwe and now living in the Cotswolds in the UK. Having completed my schooling in Harare I left Zimbabwe to go travelling around Australia & the USA and eventually settled in the beautiful Cotswolds. After working in IT & Print for a number of years my wife, Emma and I started The Name Label Company in 2012. A brief conversation with Edline about labels for the BEE Against poverty campaign started our interest & support for the Ratidzo Trust. I enjoy running and tennis as well as watching Rugby at every level, from local clubs to premiership & International teams.

Although we are so lucky to live & work where we are, a part of my heart is still in Zimbabwe and I would love to take Emma & Olivia to show them what a little piece of paradise it is. In the meantime, I’m so proud to have the Ratidzo Trust as our chosen charity and to support them in any way we can.